I’m prepping for my high school reunion in late August. It’s a big one – the 50th – perhaps the last one I’ll attend.  I’ve been asked to give the invocation.  I’m a pastor, what else is new?

At our last reunion, in addition to the prayer, I took the liberty of delivering a personal reflection on the years after high school.  I borrowed most of my material from a Japanese author whose name I forget.  It was entitled, “A Room Full of Mirrors.”  I plan once again to take the same liberties.  If anyone has any ideas, I would welcome comments to this post.

A few members of our high school basketball team

The small town where I attended high school, Clairton, Pennsylvania, is not where I was born.  We moved there when I was in sixth grade after a fire destroyed our home in another small town in western Pennsylvania.  I had only been on the mainland United States for three years, my family having come from Puerto Rico in search of a better opportunity.

Although things ultimately turned out fine for my siblings and me as adults, growing up in a strange land was challenging.  It was on the mainland, and specifically in this little town, that we first encountered racial prejudice and were forced to adapt to unfamiliar social customs.  Here, you were either white or black (“colored” was the fashionable term back then), with no consideration for your ethnicity. 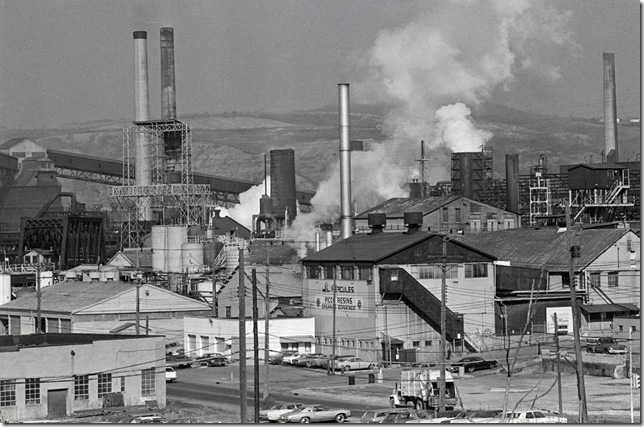 The irony is that most of the city was made up of immigrants – people whose parents came from other countries and other states to work in the booming steel industry that sprouted mills along just about every river deep enough to float a barge full of iron ore from wherever it was mined.  Usually, a city with such a diverse population is a pretty open-minded in its thinking.  But to read some of the things my classmates are posting on their Facebook pages these days makes me wonder what town they grew up in.

I know those same prejudices existed, but were expressed only in subtle ways back then.  Now, however, technology has given humans the ability to express opinions openly without having to answer to anyone or having to apologize to whom one might offend.  It has given rise to a frightening lack of civility among people who are different or who hold differing viewpoints.

All this has made me rather apprehensive about my role in this reunion.  I had seriously considered not going, but thankfully I was talked out of it by a couple of people I am really looking forward to seeing.  Nevertheless I feel somewhat trapped by how my vocation forces me to look at this matter.  I am called to embody love and compassion for my fellow human beings, my spiritual brothers and sisters as it were.  The sinful human within me however, seethes in despair when thinking that no matter what I say, it will not change the beliefs of anyone.  Those who harbor old prejudices, bigotry and intolerance, will continue to do so.  It makes me wonder how, in my role for one night, I can make a difference. I pray for God’s guidance as I prepare for this encounter with my past.