Then David prayed, “I have sinned badly in what I have just done, substituting statistics for trust; forgive my sin—I’ve been really stupid.” 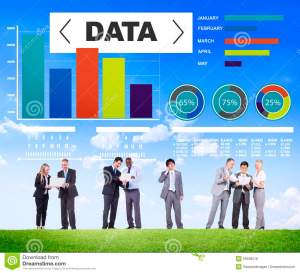 Numbers, statistics, analytics. We live in a records-driven society.

The politician is motivated by the most recent poll numbers. The investor never strays far from the stock market quotes. Social media gauges the popularity of a web site, a blog, or a tweet, by the number of “hits” it receives.

Those who are into baseball know how much a player’s productivity is measured by his batting or earned run average. The same holds true for all other sports. Fantasy leagues, based on statistics, have taken hostage even the most casual fan.

Today’s reading from 1 Chronicles delivers a warning: Numbers don’t tell the whole story. The story offers strong advice as to where we should place our trust.

1 Chronicles chapter 21 relates a fascinatingly perplexing account of a census of Israel taken by King David. This act, so the story tells us at the very beginning, was instituted by David at the urging of the Devil.  “Now Satan entered the scene and seduced David into taking a census of Israel [21:1].”

Sadly, not even the church can escape the snare of numbers. We continually assess the progress of our mission by the average weekly worship attendance and the amount of our offering. “Butts and bucks,” are the yardsticks that determine the vitality of a congregation.

Today’s culture, however, seeks fulfillment mostly outside the church. The church no longer occupies the position of influence it once had in our American society.

Thus, if we plan our future strictly on statistics, we are headed for a gloomy future. We can drown in despondency if we simply look at figures. The Devil is in the details, as the old saying goes. As people of faith, we are called to live a life of trust in God’s promise of abundance. 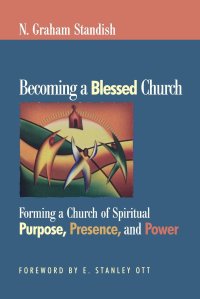 Standish makes a clear difference between the words purpose and plan, especially in the matter of God’s purpose for us.  Too many of us, as individuals and as churches, are better at making plans than figuring out our purpose.  Standish maintains that God created us for a purpose, and it is when we lose that sense of connection with our sense of purpose that we drift and suffer.  We can come up with all kinds of programs and make all the plans in the world, but if they don’t take into account God’s purpose for us, we spend much of our time wandering aimlessly in a wilderness of frustration.

There may be no better time that this season of Lent to become more attentive to God’s word; to discern what it is that God is calling us to be and become.

To God, after all, we are more than a mere statistic.

Left at the Altar

Faith, politics, and other stuff

Seeking to accompany our global friends, neighbors and strangers--with Christ as our guide. We invite you to journey with us as we move along the path of discipleship.

We Talk. We Listen.