[Jesus said to the disciples:] “You have heard that it was said, ‘You shall love your neighbor and hate your enemy.’ But I say to you, Love your enemies and pray for those who persecute you…For if you love those who love you, what reward do you have?” 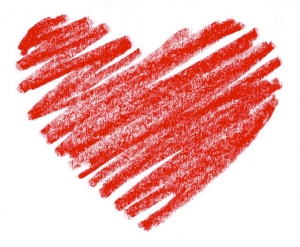 Tuesday is Valentine’s Day. We celebrate love and romance on this secular holiday, created, in part, to boost the sales of florists, candy makers and card companies. A closer look at the beginnings of this feast, however, reveal some surprisingly disgusting developments.

According to a National Public Radio report from a few years ago, this holiday had its roots in an old pagan Roman ritual, the feast of Lupercalia, in which men sacrificed a goat and a dog, then whipped women with the hides of the animals they had just slain.

The holiday received its name from two martyrs – both named Valentine – who were executed by the Emperor Claudius II on Feb. 14 of different years in the 3rd century A.D. Their martyrdom was honored by the Catholic Church with the celebration of St. Valentine’s Day.

So, there you have, in the words of the inimitable Paul Harvey, “The rest of the story!” As I said earlier – disgusting.

You’ll hear the word “love” mentioned a few times in our Gospel reading for this coming Sunday, the Seventh Sunday after the Epiphany, as Jesus continues his teaching in the Sermon on the Mount. But the love that Jesus refers to goes beyond the kissy, kissy, warm and fuzzy feelings that the world celebrates on Valentine’s Day. Jesus calls us to love our enemies. Our imperfect human intellect rejects that idea as impractical or dreamy idealism. Our limited human emotions consider it an impossible lofty moral ideal.

Two people who took the words of Jesus to heart were Mahatma Gandhi, and the Reverend Dr. Martin Luther King, Jr. One led his people to freedom from British oppression in India; the other led black people in the south to march against segregation and discrimination with a series of non-violent demonstrations that we know as the Civil Rights Movement.

It disturbed Gandhi greatly when he heard Christians put aside the teaching of the Sermon on the Mount, which is one reason he never became a Christian. King, ironically, would learn the practical application of Christian love from a Hindu who understood what Jesus meant better than most Christians.

In this era of social and political tension, what does it mean for us to turn the other cheek and to love our enemies, or simply those who disagree with us?  How do we make that a reality in our lives?

We begin by hearing the words of Jesus, who has told us over these last several weeks how much God loves us. And we look to Jesus, who showed us how to love by making the ultimate sacrifice for us on the cross.

The Apostle Paul reassures us with these words: “Do you not know that you are God’s temple and that God’s Spirit dwells in you?” [1 Corinthians 3:16]

You are valuable to God, who named you and claimed you in the waters of baptism, who forgives you even before you ask for it, and reminds you of that love in the sacrament of communion every time you approach the table of the Lord. This is your identity, your God-given identity, the identity that calls you to love even your enemies.

There are several commemorations that I consider significant this week.

On February 14, the church commemorates Cyril and Methodius, two brothers known as the “apostles to the Slavs.” They created the Cyrillic alphabet and built the foundation of literature for the Slovaks, Czechs, Croats, Serbs, and Bulgars.

February 16, marks the birth of Philipp Melanchthon, who drafted the Augsburg Confession. The church commemorates Melanchthon on June 25, the date of his death.

February 18, the church commemorates Martin Luther, who died on this day in 1546, in Eisleben, Germany, the city where he also was born. For Luther, Eisleben was his “Bethlehem and Jerusalem.” Both Luther and Melanchthon are buried in Castle Church in Wittenberg, where the photo on the left was taken.

This Thursday and Friday I will be in retreat with my colleague Bishops of Region VI, as we gather in discernment around issues concerning the future of our six synods.

Sunday, February 19, I will be with the good people of St. Luke’s Lutheran Church in Cuyahoga Falls, as they celebrate their 70th anniversary.

May you be filled with God’s love this week and always!