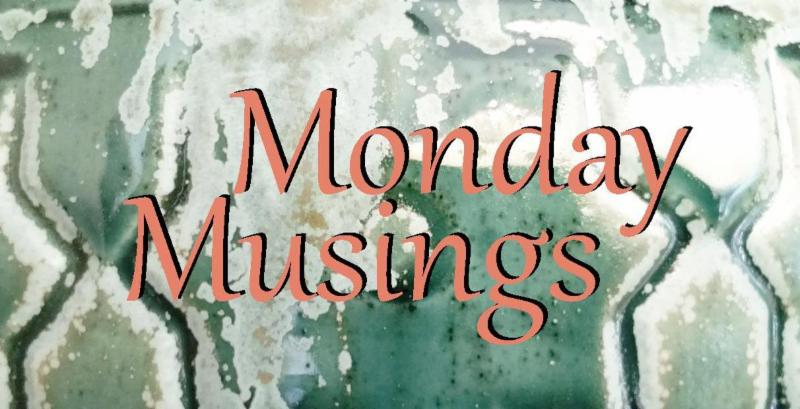 “But you are a chosen race, a royal priesthood, a holy nation, God’s own people, in order that you may proclaim the mighty acts of him who called you out of darkness into his marvelous light.”

This coming weekend marks three years since my election as bishop. I couldn’t help but notice that, like 2014, the Fifth Sunday of Easter also fell around that date. Thus, the lectionary readings are the identical ones read that were heard in many worship services around the world.

I’ve posted the following words elsewhere, but I reflect on them each year when the Fifth Sunday of Easter rolls around:

The synod assembly was just one more event on my schedule. I was aware that my name was on the list of pre-identified candidates for bishop, but that was just a mere formality. I felt totally assured that the voting members to the assembly would pick someone much younger, much more energetic, much more dynamic. My name would be eliminated off the ballot after the first vote.

Well, guess what. As each ballot progressed the possibility that my life, and that of my wife’s, would undergo a radical change became more and more of a reality. And on Saturday morning of May 17, somewhere around 11:30 a.m., it did.

You can imagine the range of emotions that I experienced – shock, awe, terror, dread, and all its synonyms combined. To say that being elected Bishop of the Northeastern Ohio Synod of the Evangelical Lutheran Church in America was unexpected does not begin to describe it.

In addition, there are also a couple quotes that I keep handy and refer to on occasion. One is from the late Pope John XXIII. In his book, Journal of a Soul, he wrote:

“To have accepted with simplicity the honor and the burden of the pontificate, with the joy of being able to say I did nothing to obtain it, absolutely nothing; indeed I was most careful and conscientious to avoid anything that might direct attention to myself. As the voting in Conclave wavered to and fro, I rejoiced when I saw the chances of my being elected diminishing and the likelihood of others, in my opinion truly most worthy and venerable persons, being chosen…”

The other is from George Barna, from The Power of Vision. Barna writes:

“If you are like most ministers of the gospel, you occasionally have doubts as to whether God made a mistake allowing you to be in a position of leadership. Those doubts are valuable, for they keep you asking the types of questions that sharpen your skills and soften your heart.”

My sermon for that Fifth Sunday three years ago had already been written, and it was based on the second reading from 1 Peter, a verse of which is cited above. I had titled it, “Congratulations! You’ve Been Chosen.”

We were holding a congregational meeting that day and there would be elections for members of the parish council. I wanted to instill in the candidates for those council positions a sense of gratitude for the faithful service they would be rendering through their willingness to stand for election. My attempts at cleverness came back to bite me. It was I who had to listen to my own advice.

What follows is an adapted version of what I preached:

In today’s second lesson, St. Peter is telling you that “you” – YOU – “are a chosen race, a royal priesthood, a holy nation, God’s own people.” That’s you. So, congratulations to you! You’ve been chosen – chosen by God.

In Scripture, that is much more significant because it is God who does the choosing. God is the one who must choose.  Even if you could do it, you would NOT choose it for yourselves, because being chosen by God means you’re going to be rejected by the rest of the world.

Stephen, for example, was chosen by God to be one of the first deacons. He was stoned to death – the first Christian martyr.

Before choosing Stephen, the LORD chose twelve disciples. Eleven of the twelve died as martyrs, and one died in exile.

And then, of course, there’s Jesus himself – the Chosen one, as he is called in the Bible.  He suffered cruel death on a cross.

Based on these examples, we would not necessarily choose a life of serving God for ourselves. One of the biggest problems we have as Christians, I believe, is that we want to be liked.  We don’t want people to run when they see us coming. So we are tempted to conform. That becomes awfully easy in a life of faith and the life of the church.

But Peter is convinced that we, as the people of God, can show forth the goodness of God under the most trying circumstances. We do not define ourselves by what others may think of us. Our place with God has been made sure through the death and resurrection of our Lord Jesus Christ.

So we are chosen to witness to God’s grace and mercy, to die to selfishness, pride, and the thirst for control and revenge. We are reminded of that each week when we approach the Lord’s Table and receive His body and blood.  Our church is called to be a place of welcome, a safe haven, a refuge, a place of dignity and identity for those who seek a church home.

Sunday afternoon at 4:00, I will be at Christ the King Lutheran Church in Twinsburg, for the confirmation of the young people of the Southeast Cluster congregations. I eagerly look forward to welcoming these youngsters as they affirm their baptism in response to God’s call to grow in faith, love and obedience to the will of God.

May you be filled with the goodness of God, that you may be a reflection of God’s grace to others this week and always!